As we begin Holy Week in a year marked by global suffering and uncertainty, we pause to reflect once again on what it means to walk with our Lord as he faces The Cross in light of the rise of several disturbing incidents of racial and other forms of violence in our land.

The escalation in frequency and frequency of attacks on persons of Asian descent during this pandemic has drawn our consciousness to the insidious toxicity of prejudice, scapegoating, and hate. Over the past year, we have heard of many overt and covert projections of anger onto members of the Asian American-Pacific Islander (AAPI) community. As Bishops of African Descent, we would like to say to anyone who has been impacted directly or indirectly by acts of anger that we suffer and stand with you. You are not alone.

We also stand against any member of white, black, or any other community when they act violently against our AAPI siblings. Why is this important to us? Because we are members of the same body it is essential that we speak.  Because when we hurt each other we hurt God and hurt ourselves.

All people of color share a history in our country where the sickness of white supremacy justified unspeakable violence against native peoples. Native Americans were made dispensable through the “Doctrine of Discovery” in the name of God! White superiority continued the same kind of violence against our African siblings through slavery and later on through Jim Crow and incarceration laws. In that iteration, this sickness dehumanized, owned, and dispensed bodies of African-descent people. We have had anti-Hispanic bigotry from our country’s founding times.

We can see the same continuum of violence directed toward our Asian siblings. Violence against those of Asian descent is not a new problem; there is a long history in Europe and in North America of bigoted falsehoods that Chinese people are carriers of disease (https://news.berkeley.edu/2021/03/17/berkeley-expert-in-times-of-crisis-anti-asian-violence-is-an-american-tradition/).  It should not be surprising that acts of violence in our land have risen sharply since the coronavirus has been identified as originating in China.  It’s estimated that there have been roughly 3,800 anti-Asian bias incidents since March of last year.  A recent study found that hate crimes against Asian Americans spiked 149% between 2019 and 2020, even though hate crimes overall declined.  (From the Center for the Study of Hate and Extremism at California State University.)

In the Page Act of 1875, we saw an explicit connection between misogyny and racism, leading to anti-miscegenation law preventing Whites from marrying a “negro, mulatto, or Mongolian.” Such discrimination led to the 1882 Chinese Exclusion Act. FDR’s move to Japanese Internment Camps built on this foundational hate towards Asian immigrants. The most recent attack on Asian women reveals an old connection between terror and misogyny. Overall, it is not accidental that the former President insisted on calling COVID-19 the “Chinese Virus.” Strangely, he exposed a trope of this one virus’s variant manifesting its destiny seemingly in different structural forms throughout our nation’s history.

Sadly, communities of color other than the white population have been scapegoated since the beginning of the history of our country. The problem of blaming issues on another has been further escalated as peoples of color have been pitted against each other to distract from the source of the problems of inequality in America – systemic racism. While the media has highlighted conflicts in several instances between Asian and Black communities, these over-hyped stories and images have overshadowed the important and longstanding collaborations that have also historically characterized their relationships, including the abolitionist Frederick Douglas speaking out against Chinese exclusion, and Yuri Kochiyama being aligned with Malcolm X and other activists of color in the common struggle for racial justice.  Often unreported and unnoticed, we bear witness to the daily and much appreciated acts of friendship and solidarity between Asians, Blacks, and all other communities of color.

In the racial reckoning that this past year has called us all to engage in, the Episcopal Bishops of African Descent stand with all efforts to build cross-racial alliances in order to make our common witness against the race-baiting, scapegoating and demonizing madness that wants to create enmity between people.  It is time to name the myth of the ancient lie that Whites are superior to anybody. No, in Christ, there isn’t any such categorization but the truth that we are all one, meaning equal, in Christ–Galatians 2:28. We have no room for superiority in the church and hence, in society.

We ask for heightened vigilance in all our communities to unite at this time. We especially urge communities of color to act with abundant kindness through acts of grace toward one another during this time of heightened fear in our Asian American-Pacific Islander communities. Racism is the pandemic that threatens to destroy us all; it is a particularly insidious disease and sin that has corrupted our knowledge systems, our national identity, our institutions, and our very soul as a human community.

We call upon all the baptized to reach out to each other as traumatized and hurting communities, be they Native American, Migrant, Black, Latino, White and all others, with hospitality and grace. We all experience the trauma of separation, guilt, and shame. Let us remember who we are. We are children of a loving God. We are survivors of a global pandemic. We are here because we helped each other.  Just as we affirm our conviction in One Lord, One Faith, and One Baptism, let us prove our identity as One Beloved Community, One human Family with One Heartbeat, and raise each other to our full humanity in Christ! Out of many, we are one. We rise and fall together. Let us, therefore, suffer together and raise each other!

The Most Reverend Michael B. Curry
Presiding Bishop and Primate of The Episcopal Church 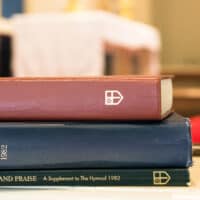 Ordination to the Priesthood 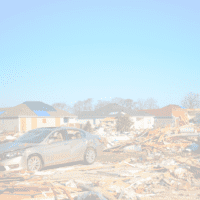 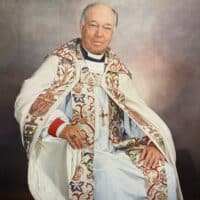 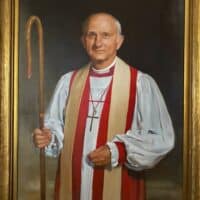 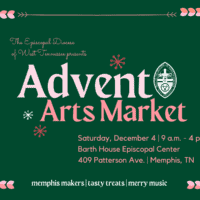 Join us on December 4 for the Advent Arts Market! 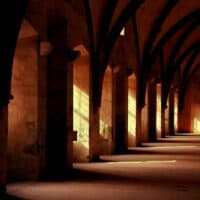 Covid, the Church, and the Hospital