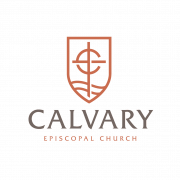 Calvary’s mission is making God’s love visible in downtown Memphis. As you learn about Calvary’s parish life and ministries you will recognize a lively parish where wonderfully diverse people have found a spiritual home and created a loving community. The opportunities for ministry at Calvary not only allow people to build authentic relationships with one another but also provide a supportive atmosphere for strengthening our relationships with God as we strive to be God’s hands and feet to each other and to the world around us.

Scott joined Calvary’s staff as the 22nd rector in 2017. Previously, he was the rector of Christ Episcopal Church in Little Rock, Arkansas, where he served since 2005. Before seminary, Scott worked as a carpenter and contractor, which began a curiosity about the way the “built environment” impacts Christian discipleship, especially with regard to stewardship of creation and Jesus’s charge to welcome the stranger. A native of Arkansas, Scott received his Bachelor of Arts in English from John Brown University and a Master of Divinity from Virginia Theological Seminary. Scott enjoys playing guitar (and a little mandolin), riding bikes, carpentry, poems, and walking, whether on a path in the woods or a sidewalk in the city. He is married to Ardelle, who is a counselor and faculty member for CREDO, a clergy wellness program of the Church Pension Group. Ardelle and Scott have two children, Alden and Kate.

Katherine joined the Calvary Church community in the Fall of 2021. A life-long Memphian, Katherine has served at St. Mary’s Cathedral, Church of the Holy Communion, and most recently as Chaplain at St. Mary’s Episcopal School. She brings her love of learning to our formation and education programs. She is a graduate of Rhodes College with a Bachelor of Arts in English and of Virginia Theological Seminary in Alexandria, Virginia, with her Masters of Divinity. Katherine and her husband Stephen married at Calvary (a long time ago) and are the parents of twins Henry and John. Katherine is a poetry-evangelist and enjoys walking through the Old Forest in Overton Park. She doesn’t believe that everything happens for a reason, but she does believe that God and beauty are always present.

Paul joined the Calvary staff in September of 2015 and he guides and supports our pastoral care ministries. A native of Monticello, Mississippi, he received his Bachelor of Business Administration from the University of Mississippi before pursuing careers in construction and community development. Reared a Southern Baptist, Paul embraced the Episcopal Church in his forties and began a journey toward ordination as a priest. He received a Master of Liberal Arts in the “Great Books” program of St. John’s College in Santa Fe, New Mexico, before pursuing a Master of Divinity at Yale University and a Diploma in Anglican Studies from Berkeley Divinity School at Yale. Paul was ordained to the priesthood in the Diocese of Kansas. He served as a chaplain resident at Wesley Medical Center, Wichita; curate at Trinity Episcopal Church in Lawrence, Kansas; and as sub-dean and canon at Trinity Episcopal Cathedral, Little Rock. Paul completed a two-year Certificate in Spiritual Direction program with Southern Methodist University-Perkins School of Theology and enjoys being a spiritual companion to Calvary parishioners and community members. Ruthie, Paul’s wife, is an attorney. She was confirmed at Holy Cross Episcopal Church, West Memphis. Ruthie served as director of volunteers at LeBonheur Children’s Hospital in Memphis and program director for the West Memphis Chamber of Commerce. Paul and Ruthie enjoy reading, playing chess, and sampling good food and wine.

Buddy apparently can’t stay away from Calvary. In 2016-2017, he served as the Priest-in-Charge while the parish completed the search for its rector, Scott Walters. In the years since, Buddy has moved from Memphis and New York City to Jackson, MS, where, he had always said, he would never live again but where he now is giddily happy being near his grandchildren and their parents. Currently, he preaches once a quarter at Calvary and works on projects directed by the rector. In his words, “It’s a great gig, allowing me the chance to stay involved to a small degree in the life of a parish I came to love very deeply.” When he is not here, he assists at St. James’ Episcopal Church in Jackson and returns to NYC for short visits as often as possible. He retired as the twelfth rector of St. Bartholomew’s Church in Midtown Manhattan in June 2015.

Most parishioners connect to Calvary through liturgy and worship. Sunday and Holy Day liturgies at Calvary are joyful celebrations of our Episcopal tradition, enriched by notable musical offerings featuring our magnificent Aeolian-Skinner organ.